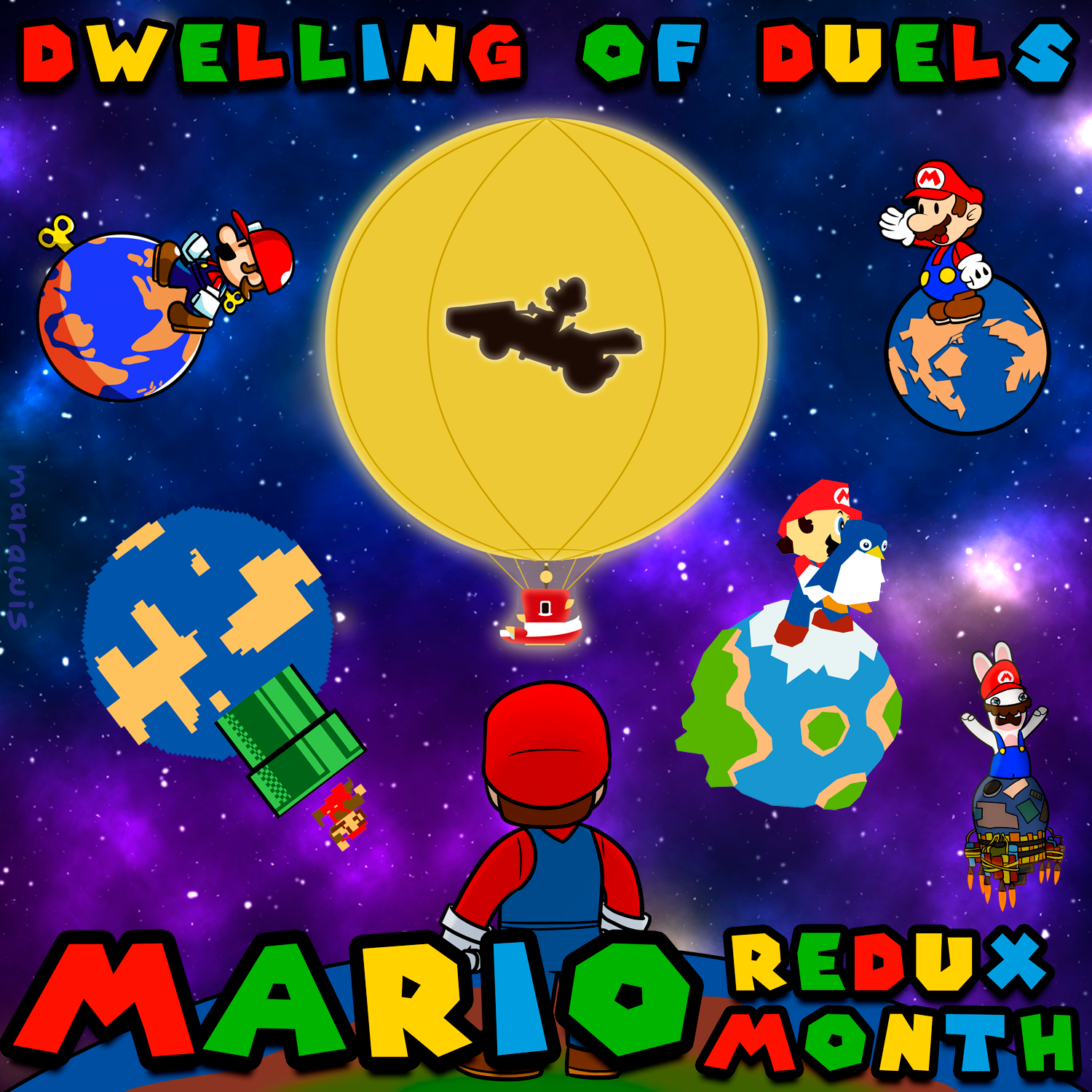 The theme for February is Mario Redux! Our last Mario themed month was July 2005, so lets do it again!

This month's banner art was created by marawis!

Alternate entries have always been a great way to submit an extra tune for the theme without being voted on. There have been so many great Alternate entries each month over the past year! However, in order to still give everyone a shot at their alts being noticed, we are limiting the number of alts one artist can submit per month to 5.

We also have a Patreon for this site, with the main focus being raising money for monthly banner art (including this month)! Please consider contributing and helping support this VGM community! Subscribers get a sneak peek at upcoming banner art and a special role in our Discord server, along with a private channel for sneak peeks behind the DoD curtain.

Be sure to join our Discord server to chat about video game music and music production all month long!

Songs for the current duel must be received by February 26 at 6:00 PM EST.

Dwelling of Duels is a monthly VGM cover competition. Competitors submit redone versions of game music and the entries are voted upon by the community. Entries must comply with the rules, briefly put as following:

Email submissions and votes to dodsongs@gmail.com

Thanks to Impact Soundworks, the top winner of each month receives one of the following ISW libraries: